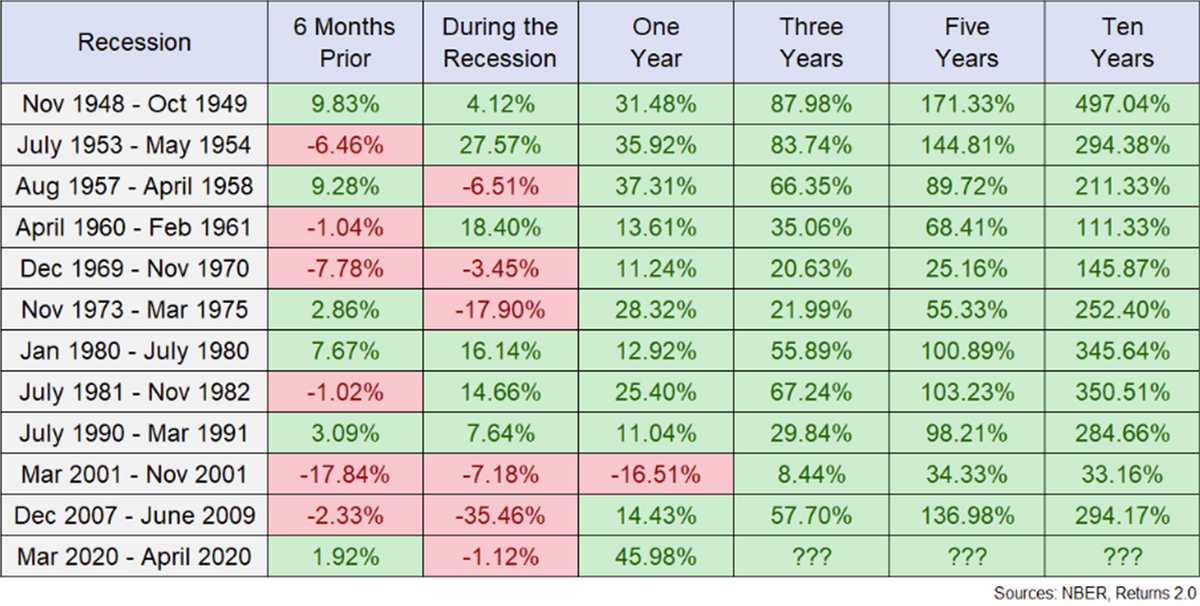 It’s true, recessions happen. Generally speaking, they consist of two consecutive quarters of negative GDP or a significant decline in economic activity that is spread across the economy and lasts more than a few months1. Since WWII, the average recession has lasted 11.1 months, according to NBER (National Bureau of Economic Research). Are we in the midst of one right now? “Experts” are weighing in all over:

Clearly, it’s impossible to deduce whether or not a recession is imminent by listening to the “experts”. The question is, does it actually matter whether we are in the middle of a recession now or if one comes in the future when it comes to your portfolio? In a recent post2, Ben Carlson took a look at every recession since WWII along with S&P 500 returns in the 6 months leading up to the recession, during the actual recession itself and then one, three, five years, and ten years from the end of the recession:

Here are some key takeaways:

The reality is that recessions can only be confirmed via hindsight. By the time the NBER has figured out the start of a recession, it’s usually close to the end. If you were betting that a recession would tell you that the market was going to go down, that could be wrong as well (half of the time, the market had gains during a recession). Trying to time the market is just as hard during recessions as any other period of time, so we suggest not attempting it.